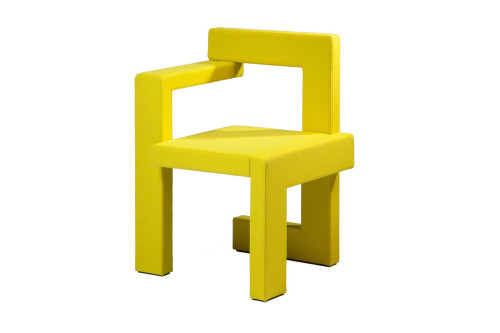 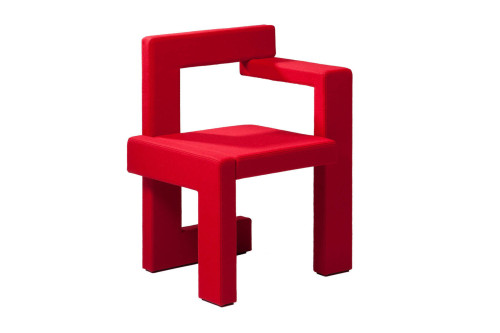 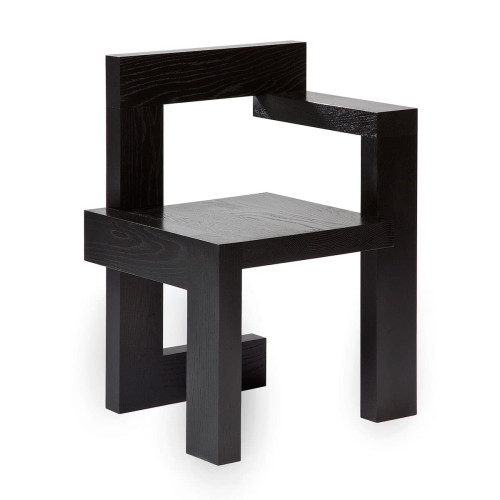 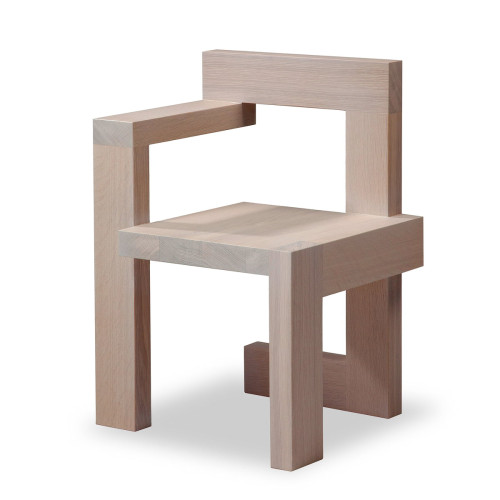 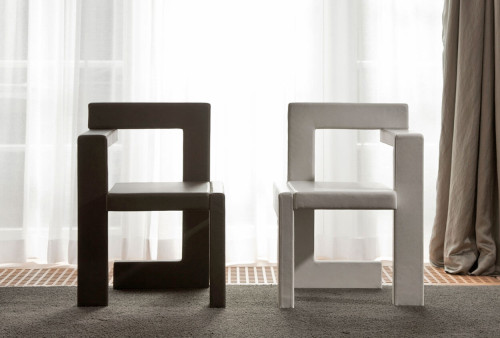 STELTMAN CHAIR GERRIT RIETVELD | 1963 Gerrit Rietveld designed his last chair for jeweller Steltman’s shop at the age of 75. With this design he once again proved his status as a pioneering designer. The chair owes its name to the The Hague jeweller and royal purveyor Steltman who commissioned Rietveld in 1963 to rebuild and furnish his shop at Noordeinde in The Hague.

The two mirrored chairs, placed in front of a showcase with jewellery, appealed directly to the imagination. From these chairs customers were able to select their jewellery and wedding rings. This way the chairs also acquired a symbolic meaning: two separate, opposite forms that together form a unity. The asymmetrical chair, which produces a surprising image from every angle, is made up entirely of lines and planes. The Steltman is typical of Rietveld’s design ideas and is now a true design classic!