By Charles and Ray Eames 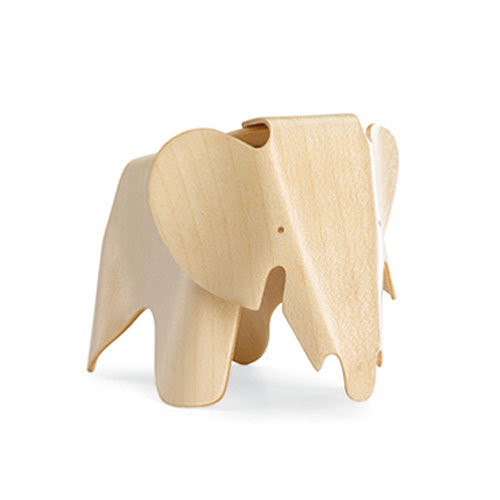 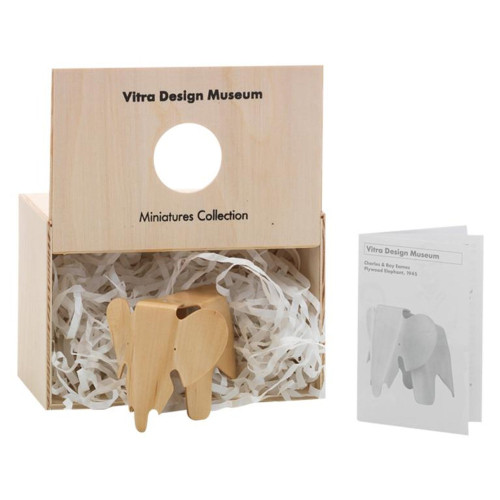 The Plywood Elephant holds a prominent place among the plywood pieces designed by the Eameses. In the early 1940s Charles and Ray Eames successfully developed an innovative method for moulding plywood into three-dimensional shapes, which they used to produce a wide range of furniture and sculptural objects. Among the early plywood designs, the Elephant is one of the most difficult to produce. Tight angles and compound curves require a sophisticated mastery of plywood technology. Designed at the same time as their children's furniture, the Plywood Elephant can also be seen as a playful counterpart to the leg splints developed by the Eameses for military applications – which were the very first mass-produced objects made of threedimensionally moulded plywood. Requiring complex fabrication methods, the Plywood Elephant never went into production. Only two prototypes were made, both of which were displayed at the New York Museumof Modern Art in 1945-46. Today only one known model remains in the possession of the Eames Family. In 2007 Vitra produced the first commercial production of the legendary Eames Plywood Elephant as a limited Collector's Edition.